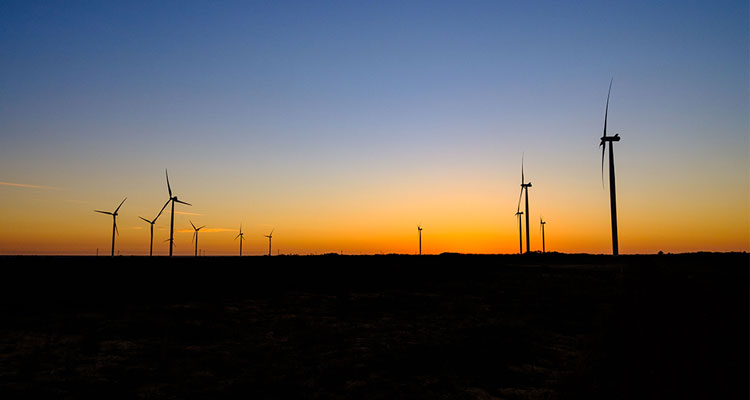 Located 125km north of Cape Town in the Western Cape province, Umoya Energy Wind Farm (Umoya) is the first utility scale wind farm in South Africa to have achieved commercial operation. It did so on 1 Feb 2014, just over a year after construction started.

Umoya is comprised of 37 Vestas V100 1.8MW wind turbines with a capacity of 67MW, spanning about 900 hectares, and supplies approximately 176 600 MWh of clean renewable energy to the national grid every year. That is enough green electricity to supply approximately 49 000 low-income or 22 000 medium-income South African homes. In order to produce the same amount of electricity using traditional fossil fuels, a South African coal-fired power station would emit approximately 183 000 tonnes of carbon dioxide every year; equivalent to taking over 37 000 cars off the road.

Umoya is a recognized name in South Africa’s wind energy sector, having been on the renewable energy scene since the start of the Renewable Energy Independent Power Producer Procurement Programme (REIPPP) this decade — a government initiative to increase the country’s renewable energy production, and channel private investment and expertise into the sector.

“The AIIM directors have taken an active and supportive role throughout the development, construction and operational phases of Umoya. Given that the project was built in the first round of the REIPPP program, active investor support was crucial as we navigated relatively unchartered territory in South Africa.

AIIM’s extensive network within and beyond Africa, and their vast knowledge and expertise gained across their 40+ investments have made them an invaluable partner to us at Umoya”.

Umoya presented an opportunity to be one of the first commercial wind farms brought into operation in South Africa. African Infrastructure Investment Managers (AIIM), part of Old Mutual Alternative Investments and Africa’s largest and most experienced infrastructure equity fund manager, identified the strong investment opportunity presented by the REIPPP programme.

The South African government launched the REIPPP programme in 2012 with the first bidding round of a planned 7 000MW programme. Now in its fourth bidding round, REIPPP has procured 6 422MW from 112 Independent Power Producers, bringing investment of ZAR201 billion. The recent signing of 27 new projects brings R56bn investment alone, with AIIM’s managed funds representing one of the largest investors in the programme with more than ZAR7 billion committed across 26 projects.

Having been an active investor in the infrastructure sector since 2000, AIIM was able to identify the opportunity to participate as an early mover in South Africa’s renewable energy sector. The AIIM funds entered the Umoya project at an early stage of the development, managing the project to financial close.

The Umoya site was strategically positioned with close proximity to a major distribution line and to large commercial energy users, which simplified construction and connection requirements. The site also benefitted from strong wind resource, measured over an extended period of 24 months.

Investing in Umoya meant that AIIM would be working with a strong partner in Vestas, the largest wind turbine supplier in the world at the time, with a 14.8% market share.

Following investment, AIIM recruited internationally experienced personnel to manage the development of the project for its funds and post financial close to manage the construction, operations and financing of the project. AIIM also provided oversight of the construction process through its board representation with Umoya achieving commercial operation on schedule and within budget.

AIIM oversaw the establishment of the project company with the inclusion of best practice Environmental Social and Governance structures with the development of a Social and Environmental Management System (“SEMS”) in compliance with the internationally recognized Equator Principles and IFC Performance Standards.

Beyond its contribution to sustainable and environmentally friendly power generation, Umoya is focused on supporting the socio-economic development of the local communities within which it operates. It achieves this through capacity building, skills transfer and funding of beneficiary programmes that address local skills gaps, such as the Hopefield Home Improvement Project.

This project was designed to improve the energy efficiency of low cost homes as well as the lives of their residents. During Phase 1 of this project, which took place over a period of 2 years (2014 – 2016), 19 previously unemployed residents of Hopefield were trained in plumbing, electrics or carpentry and employed to make improvements to more than 600 homes in Hopefield.

The second phase of the project, which started in January 2017, includes the upgrade of 351 more homes over a 3-year period, using local contractors. The three contractors identified for Phase 2 were selected from the pool of 19 artisans who were originally involved in Phase 1.

In addition to training, the programme also includes business mentoring and coaching. Umoya’s ultimate objective for the project is to create sustainable contracting businesses that are able to service the local community for years to come.