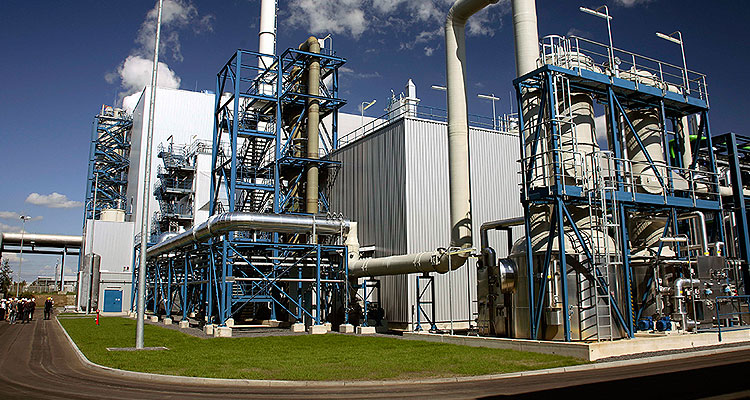 Located in the mid-western Nigeria state of Edo near Benin City, the Azura-Edo (“Azura”) 450MW open cycle gas-fired power generator began supplying electricity to the national grid In December 2017, around seven months ahead of schedule.

It was a landmark moment for a groundbreaking project that was already the country’s first Independent Power Project to be awarded a Power Purchase Agreement.

In the years before Azura came on stream, population and economic growth in Nigeria had resulted in demand for grid electricity far exceeding supply. The lack of power was threatening the whole country’s future development.

In response, the Nigerian government signalled to African and overseas investors its intention to procure extensive generation capacity and began a programme of reforms that created a favourable investment environment that would attract private and foreign investments into its power industry.

As a result of reforms, including the establishment of a new regulatory framework, Azura successfully secured its funding. Its finance, construction and operation are the result of international collaboration between African private equity investors, five banks from nine different countries, the World Bank and multiple Nigerian government agencies.

At current full capacity, the US$900m power plant can supply up to 14 million homes with electricity, and there is the potential to add up to 1 500MW at the same 100 hectare site.

“Absolutely fundamental to our successful fundraising was AIIM’s early financial commitment to the project. Putting its weight behind the project during its early stages was mission critical. However, AIIM’s contribution was far greater than its money raising and funding abilities. We benefited substantially from its knowledge of the energy sector, the strong relationships its team fostered with all the partners and its ability to find solutions whenever new thinking was required.”

The Nigerian government had strongly voiced its support for private equity capital and overseas debt investors to enter its power market. Its message was that it needed their funding and professional expertise to enable the country to increase its grid capacity and prevent power shortages from holding back the advancement of one of Africa’s strongest economies. As a result of a clear investment mandate, Azura was able to attract a total of 20 debt and equity investors to the project.

AIIM was one of the earliest participants in Azura. While the project was being developed, the country’s reforms had given AIIM sufficient assurance to allow its African Infrastructure Investment Fund 2 (AIIF2) to enter into a joint development agreement with the project’s sponsors to meet the project’s USD2 million development costs.

While this involved an element of risk, it was mitigated by the strength of commitment shown by the Nigerian government and the interest of best-in-class partners such as Siemens, Marunbeni, Julius Berger and Seplat.

Through a further investment of USD74 million, AIIF2 held c.30% of the equity in Azura’s holding company. AIIF2 also secured the right to nominate two of the eight directors to Azura’s board.

Following the successful completion of construction and achievement of commercial operations, AIIM encouraged and subsequently negotiated an offer for AIIF2’s interests from Azura’s co-shareholders. The exit realised returns in excess of the investment case for AIIF2 based on pricing which reflected the full risk re-rating anticipated for operational power plants in the region.

Looking ahead, the Nigerian government expects to employ the same financial contractual arrangements it developed for Azura as the funding model for future independent power projects. AIIM’s involvement and commitment to Azura make it ideally placed to participate in future Nigerian energy projects.

Azura runs the “Believe in Better” corporate social responsibility programme. This programme supports important community projects that make a tangible, positive and long-term difference to the lives of ordinary people in Nigeria. The CSR programme is focused on projects in education, basic infrastructure (including environment and health), support for start-ups and small businesses, and for local arts, sports and culture projects.