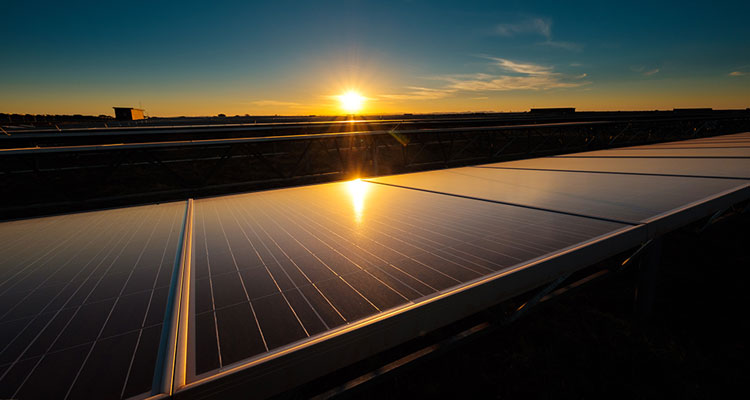 When operating at full capacity, it is expected to supply enough green electricity to power around 75 000 medium-sized South African homes.

In 2012, the South African government launched the Renewable Energy Independent Power Producer Procurement programme (REIPPP) in an effort to diversify the country’s energy sources, and channel private sector investment and expertise into the sector. REISA, which commenced construction in the same year, was the largest solar power project to be awarded the first round of this programme.

“It’s always a pleasure working with the AIIM directors. They bring a significant level and diversity of experience to the board allowing us to tap into a wealth of knowledge, network and capability gained across other assets.

There is a deeply embedded culture of open and collaborative dialogue within the team, resulting in rigorous conversation and robust recommendations. We have a strong and trusting relationship with the AIIM directors which allows us to be innovative in problem solving and gives us the space to present solutions.

AIIM has brought vision and commitment to the table. They are not spreadsheet managers”

African Infrastructure Investment Managers (AIIM), part of Old Mutual Alternative Investments and Africa’s largest and most experienced infrastructure equity fund manager, identified the strong investment opportunity presented by the REIPPP programme. The South African government launched the REIPPP programme in 2012 with the first bidding round of a planned 7 000MW programme. Now in its fourth bidding round, REIPPP has procured 6 422MW from 112 Independent Power Producers, bringing investment of ZAR 201 billion. The recent signing of 27 new projects brings R56bn investment alone, with AIIM’s managed funds representing one of the largest investors in the programme with more than ZAR7 billion committed across 26 projects.

REISA was one of the first commercial, large-scale PV plants to be brought into operation in South Africa, therefore enjoying a strong first mover advantage. And although nascent in South Africa, solar PV assets had an internationally proven track record of delivering robust returns to investors with low operational risk.

Based on its experience in operating in the region since 2000, AIIM was able to position itself to take advantage of the well-structured REIPPP bidding programme, with a clear qualification criteria and an independent and objective assessment of bids notwithstanding it being the first such programme of scale to be implemented on the continent. The investment, which was financed through AIIM’s African Infrastructure Investment Fund 2 (AIIF2) and IDEAS funds, provided the funds with strong risk adjusted returns through a contractually robust investment structure with experienced international partners.

As the majority investor in the project, AIIM took responsibility for the recruitment of the management team, establishment of the management company and implementation of governance and reporting structures. As part of the governance structures, AIIM took three seats on the board of REISA and helped it navigate along the path of successful construction through to commercial operation. AIIM provided strategic guidance on the procurement of services, as well as high-level advice on contract management and negotiations.

Since its investment, AIIM has also played a key role in supporting REISA to deliver on its socio- economic development (SED) objectives, ensuring a positive long-term impact on its surrounding communities. AIIM led the establishment of the local community trust and the appointment of trustees and has overseen the roll out of community improvement projects. These projects help enhance the lives of local communities and instil a true alignment of interests while complying with REISA’s contractual SED obligations.

REISA is a committed corporate citizen. The company supports a number of community projects, with a particular focus on education, social infrastructure, welfare and poverty alleviation through job creation and enterprise development.

As part of its commitment to developing social infrastructure, REISA has funded two solar street light initiatives since 2015:

These initiatives resulted in a significant improvement to the lives of REISA’s host communities in terms of safety and security, all the while using environmentally friendly solar energy.

The solar street lights typifies REISA’s approach to Social Economic Development projects. Not only has the implementation of the street lights solved a social issue, but in so doing, it has also created an opportunity to train a local person to become an electrician with their own small business, who will continue to be involved in the maintenance of these lights.

At the launch of the Olifantshoek project, Sylvia Lucas, premier of the Northern Cape, said it has the potential to change the landscape of the town. “On a deeper level, it adds to our collective commitment to make this province a safe and prosperous one for the benefit of our people living in it.