Ramaphosa’s intention about self-generation is step-change for SA 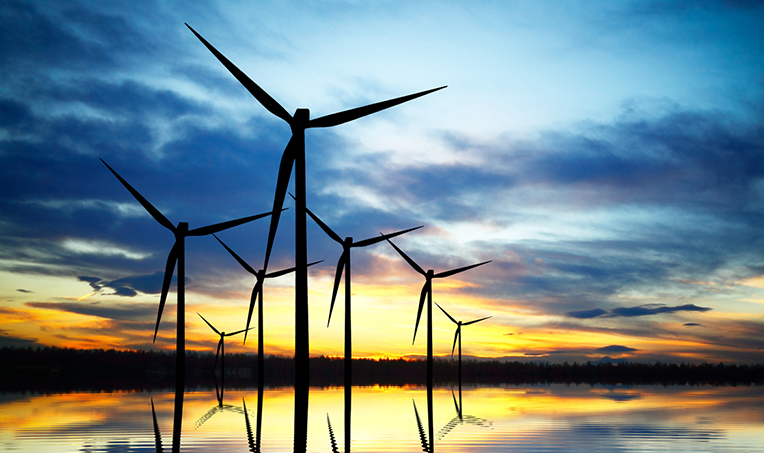 SA has pledged to diversify its power supply away from Eskom, following its worst generation crisis to date in December.

In a momentous state of the nation address (Sona) in February, President Cyril Ramaphosa announced that corporates will be allowed to self-supply their electricity, while towns and cities will be permitted to buy power from independent producers and investors will be invited to bid for renewables projects under “measures that will fundamentally change the trajectory of energy generation”.

Although clarity is still required on the rules surrounding self-generation, including the arrangements for wheeling electricity on the transmission grid and the licensing regime for such projects, Ramaphosa’s intention represents a step-change for SA.

We are all aware by now of the risks to the economy posed by rolling blackouts, which have left mines, factories, shopping centres and homes without power for hours at a time, and the ongoing load-shedding is expected to continue. The recent power outages are, in all likelihood, a significant factor behind the country slipping into recession during the second half of 2019.

We should, nonetheless, focus on the opportunities that the power crisis presents. Indeed, Eskom's failure to build its coal-powered generation fleet on time and within budget provides renewed impetus for SA’s renewable energy sector.

To plug the supply gaps, mitigate future price shocks and undertake a transition to a low-carbon and climate-resilient society, Ramaphosa has pledged to encourage even greater investment in the renewable energy independent power producer programme (REIPPPP).

The rationale for this decision is clear when taking into account the benefits of renewable energy production, which has become an increasingly attractive alternative to fossil fuels not just in SA but across all of Sub-Saharan Africa.

A key driver is the significant electricity shortfall on the continent, where a population of close to 1.2-billion was served by an on-grid electricity capacity of about 168GW in 2016 — roughly equivalent to the installed electricity capacity of Brazil, which has a population of about 210 million, Other drivers are the pace at which renewables can be deployed, which are periods typically shorter than two years; the fact that renewables tariffs have reached parity with other more traditional forms of power, such as oil and gas; and the lack of reliance on a feedstock that is often priced in foreign currency, and in many instances imported.

While the need for baseload power and other grid stability factors remain an absolute constraint on the overall proportion of renewables adoption, there remains scope for significant on-grid growth before these limitations are reached. Furthermore, distributed or off-grid renewables are helping to bridge electricity supply gaps in areas that transmission grids are yet to cover.

Analysts have said that, given the trend in previous renewable power auctions in SA, new bids could have power far below the cost of electricity from new coal plants, and the current tariffs being charged by Eskom.

Add to this Africa’s vast untapped renewable energy potential. The continent is home to eight of the top 35 developing countries with the highest in renewable energy reserves (normalised by annual domestic energy consumption) and the result is that renewable energy is expected to make up 40% of Sub-Saharan African generation capacity by 2040, accounting for almost half of the growth in overall power supply in the region.

The REIPPPP has attracted investors from all over the world, putting SA firmly on the investment map and providing investors with long-term pricing signals that will boost the renewables market across Africa.

The country has successfully channelled significant private sector expertise and investment into grid-connected renewable energy at competitive prices (more than $20bn — about R330bn — has been invested to date across more than 100 projects). In fact, the REIPPPP has been described as the most successful public-private partnership in Africa in the past 20 years, having provided more than 6,300MW of clean energy to the national grid.

The REIPPPP has also favoured investors that look not only for well-structured and transparent procurement processes, but more importantly for scale and a “programmatic development” approach, which will allow them to drive prices down.

Should the government succeed in creating a more open and enabling environment for renewables, continued funding from international investors will be encouraged to support the industry through public-private partnerships that can accelerate SA's shift towards a new, cheaper and more sustainable energy mix.