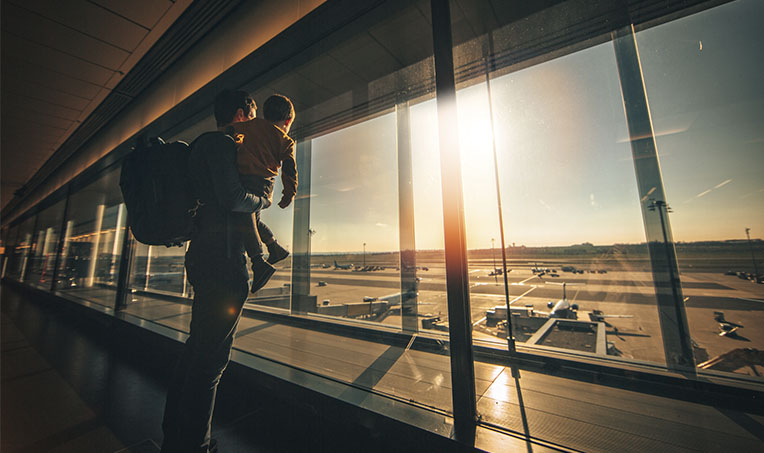 African airports are an attractive destination for private equity funding

If Africa is to boost regional and international trade, and if it is to support more tourism from within the continent and overseas, it will require significant investment in its airports.

To cope with anticipated growth in air traffic, it’s vital that sufficient investment is secured to develop new airports at greenfield sites.

But investment is also needed to redevelop and modernise existing African airport infrastructure. The majority of Africa’s airports were built in the middle of the last century and are now in urgent need of upgrading, especially if they are to meet modern safety and security standards.

For landlocked African countries, or the many countries with very poor quality road and rail infrastructure, a substantial programme of investment in their airport infrastructure is not just desirable, it’s absolutely essential.

It would be wonderful to see Africa’s airports receive the levels of investment that China has dedicated to its airport infrastructure, where many of its smaller regional cities boast state-of-the-art airports. This may not be possible, given the competition for capital necessary to finance Africa’s other transport infrastructure.

But what is inescapable is the need to address important issues such as airport safety and security, which are of paramount and potentially growing concern.

Research in 2018 from IATA, the trade association of the world’s airlines, found that African governments urgently need to accelerate the implementation of the International Civil Aviation Organization’s safety-related standards and recommended practices (SARPS). As of year-end 2017, IATA said that only 26 African countries had at least 60 per cent SARPS implementation.

Although it’s clearly essential to upgrade Africa’s airport infrastructure, without the financial support of the private sector, it is unlikely to happen, at least in the near term.

The fact is that the vast majority of government treasuries are under increasing pressure from the costs of servicing rapidly rising levels of public debt and will find it hard to raise the estimated US25bn needed to make Africa’s airport infrastructure fit for the 21st century.

In contrast to just six years ago, when fewer than six out of Africa’s 54 countries had public debt ratios in excess of 50% of GDP, today that figure stands at around 20 countries, according to figures from IMF released last October.

AIIM demonstrated its commercial confidence in the airports sector last year when it took a 50% stake in SEGAP, which holds investments in a number of airports in West and Central Africa, including in Abidjan, Pointe-Noire and Brazzaville.

Our partner in SEGAP is EGIS Airport Operation, a highly experienced airport operator that is currently managing 17 airports worldwide.

Since EGIS’s involvement, Abidjan airport has become a regional hub and has recently added more international routes, including a new twice-weekly service to New York with Ethiopian Airlines.

Very excitingly, the airport received Level 3+ Airport Carbon Accreditation, the first to achieve this distinction among African airports, and in keeping with AIIM’s support for environmentally sustainable developments under our ESG practices.

The potential for private equity in this sector is enormous. At the moment, only 11% of African airports by traffic volume involve private investors, compared to Europe where it has contributed 75%, and globally 43%.

Looking ahead, we are actively considering select opportunities to grow the SEGAP portfolio of airports on the continent and believe that SEGAP is well-equipped to do so given its technical expertise and investment capacity.

Of course, it’s not only finance that’s needed; private operators bring significant expertise and operational improvements beyond investment capital.  This cannot be understated.

Through the modernisation and improved efficiency of Africa’s airports, the continent’s 54 countries can become better connected, which, in turn will have a hugely positive effect on tourism, trade and Africa’s future development.