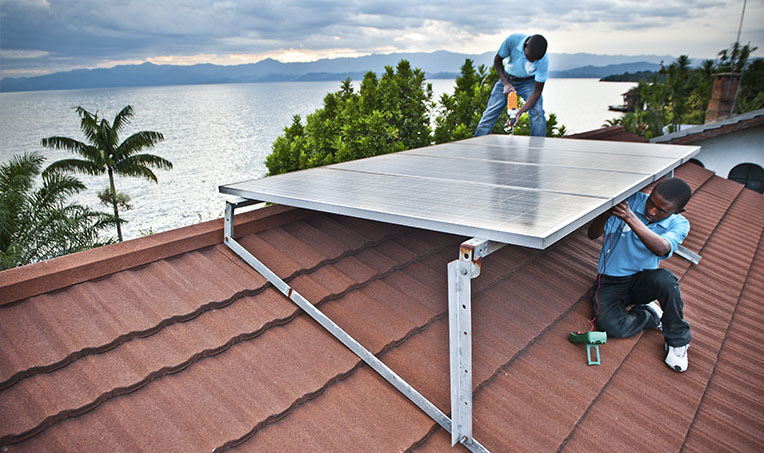 SA is facing the return of rolling power blackouts. Despite receiving a $4.9bn bailout, the largest in the country’s history, Eskom — SA’s national utility power has once again imposed power cuts due to unforeseen breakdowns at its coal plants.

The economic costs of these blackouts, which have left shops, factory floors, restaurants and smelters in darkness for hours, are exorbitant and the lack of power continues to limit GDP growth more than any other infrastructure sector.

But the problem of ailing state-controlled utilities is not SA’s alone. Across the continent decrepit national grids and financially insolvent utilities are struggling to provide reliable power and meet current demand and, much more so, the expected demand associated with rising African populations and increasing urbanisation.

In Sub-Saharan Africa, 600-million people, almost 60% of the continent’s population, still have no source of modern energy. The problem is starkest in rural areas where access to electricity is less than 25%. Even if national utilities and grids were entirely functional and able to meet demand, connecting them to remote, rural populations is uneconomical. Full cost of connecting residential customers (typically about $2,000) is significantly higher for rural areas and too expensive for most households.

This prevalence of faltering state-owned utilities, combined with the challenge of providing reliable power to rural areas and the plummeting cost of renewable energy is catalysing decentralised, off-grid and mini-grid, renewable power in Africa.

In SA, for example, solar costs are almost a fifth of where they were six to seven years ago and are likely to continue falling. Solar power is proving to be a scalable source of energy, which is relatively quick to deploy with construction period of a year or less while large thermal plants can take upwards of three years or more to build.

At the same time, investment into decentralised power is growing, with for example, 400 mini-grids currently planned across the continent.

Mini-grids and off-grid electricity supply models — especially those that harness small modular renewable generation technologies — are increasingly attractive and cost competitive for rural communities. Mini-grids (small-scale distribution networks that can operate independently of the national grid) come with the promise of affordable and sustainable energy, able to reach the most remote communities.

In many cases, mini-grids are the most effective way to provide access to energy as they are flexible, particularly for off-grid areas with high population density or demand. They also offer long-term development impact by reducing carbon emissions and creating new jobs and business opportunities.

To advocates, mini-grids offer an ideal solution to Africa’s energy gap, but there are barriers to deploying them at scale. Many countries in Africa still lack specific policies for mini-grids in their national electrification plans, which makes planning difficult for private developers.

Regulatory issues impact site selection, licensing and permitting procedures, future grid integration, and the access of developers to national subsidy schemes. Projects are often delayed due to the long lead time required to apply for concessions, licences and approvals, and regulatory requirements are often fixed costs, independent of the size of the project, which can be very expensive.

In my experience things are changing relatively fast with countries such as Kenya, Rwanda and Togo leading the way. Countries with a comprehensive approach to planning (ie combining grid extension, mini-grids and solar home systems) will achieve the best results.

Grids will remain important but Africa must embrace new technologies into its future energy system. This future includes smart metering, storage and distributed generation, which will play an increasingly important role in the continent’s energy distribution mix. They may not be a silver bullet for Africa’s energy gap, but they are certainly helping to change the future of energy access.