Role of the private sector in the infrastructure spending gap 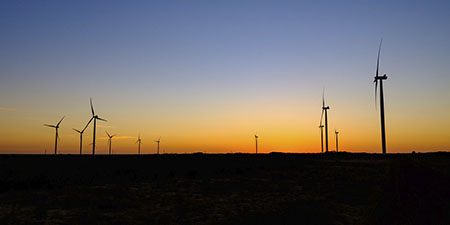 After registering the worst decline in over two decades, economic growth in Africa is showing signs of rebounding, with the continent’s aggregate growth expected to rise to 3.2% in 2018 and 3.5% in 2019. However, as was recently highlighted by the World Bank following their analysis of the state of African economies, improved infrastructure is a key requirement for stimulating this necessary growth. Africa’s critical requirement for core infrastructure, coupled with the increased development of private investment programmes, is driving a strong pipeline of opportunities in infrastructure investment.

Infrastructure is Africa’s most urgent developmental necessity and thus most promising investment opportunity for those prepared to take a longer-term position. Africa struggles with a huge infrastructure financing gap that the African Developmental Bank (AfDB) estimates at around $100bn annually over the next 10 years. The AfDB also estimates that poor infrastructure reduces productivity by 40% and cuts the continent’s economic growth by two percentage points per year. With around 600 million people having no access to electricity, $46bn is required annually in the power generation and distribution sectors alone. Public funding alone is unable to satisfy this vast funding requirement. Recognising the negative consequences of inadequate infrastructure, many African governments have turned to the private sector to take over existing infrastructure projects and to finance new developments, making private participation in infrastructure critical for Africa’s sustained development. This presents investors with an unprecedented opportunity to monetise the continent’s economic growth prospects by providing essential financing to infrastructure programmes.

Alternative investments such as infrastructure, particularly power and energy, provide predictable and reliable returns in these times of uncertainty. This comes from the fact that there are clear revenue streams which are supported by contractual off-take agreements and therefore projects have a robust source of foreseeable cash flow. As the robustness of policy frameworks and procurement procedures improve, and the track record for private infrastructure projects develops, barriers to investment are being removed and it is this developing maturity which is attracting interest from institutional investors.

There’s been significant progress in the energy sector since the power sector reforms started in the early 1990s. The creation of independent power producer (IPP) projects with long-term Power Purchasing Agreements presents a viable alternative to state funded power generation in addressing the deficit in baseload power generation capacity. Côte d’Ivoire’s Ciprel power plant was the trailblazer in 1994 as sub-Saharan Africa’s first IPP and more than 120 have followed since. Alongside Chinese government-to-government funding, IPPs represent the fastest growing source of financing within the power sector in Africa. Over the past 20 years, private sector funding of power in sub-Saharan Africa has almost doubled every five years, with 50% of the total IPP capacity added to the grid since 2009. AIIM has been part of this growth through our investments in South Africa’s RenewableEnergy IPP programme, Nigeria’s Azura-Edo natural gas power project, Ghana’s Cenpower IPP and Mali’s Albatros Energy Mali – all of which were among the first IPPs to feed into their national grids.

In addition to the power sector deficits, without broader access to proper roads, ports, railways and airports, Africa will be unable to compete globally. The road access rate in Africa is just 34% compared 50% in other developing countries and high transportation costs can add up to 75% of the price of goods in Africa. We are seeing a strong deal pipeline for projects in roads and ports, but feel that the sector outside of South Africa has been slightly overlooked by the private sector thus far. Our recent acquisition of the DSM Corridor Group in Tanzania constituted an ideal entry point for us to develop a pan-African port platform with significant potential for consolidation in the bulk- and container-handling sectors.

Although a relatively new asset class in Africa, infrastructure investments are fast becoming an essential component of many institutional investor portfolios. Infrastructure assets exhibit unique characteristics and portfolio benefits that make them attractive to investors with a long-term investment horizon seeking a strong potential yield, predictable long-term cash flows, a hedge against inflation and low correlation to other asset classes. Infrastructure’s position in portfolio allocation strategies is well accepted internationally with 3% to 4% of total pension fund assets invested in the sector. Canada leads
the way here with a fifth of its pension pot invested in real assets like infrastructure. These well-developed pension markets have identified the long-term nature and predictability of infrastructure returns, un-correlated to other asset classes, as providing strong diversification benefits for their portfolios and the inflation linked returns as a strong hedge for long-term pension liabilities.

The global search for yield has supported a significant increase in fundraising for infrastructure funds with more than $215bn having been raised for OECD (Organisation for Economic Co-operation and Development) focused mandates since 2012. This increase in available capital has had a significant impact on competition for quality assets, with the concomitant decrease in returns available in developed markets. As a result, international investors are increasingly looking to new markets for opportunities with comparatively higher returns, markets in which they can apply the same level of structuring rigour on which the infrastructure sector was originally established.

Of the $16.5bn raised by private equity funds for investment in Africa between 2011-2016, a significant chunk, worth $10.6bn is already being channelled towards infrastructure according to research by the African Private Equity and Venture Capital Association (AVCA). Yes, there are the usual investment risks attached to developing countries, but the perceived political, security, currency and commercial risks are often overstated by investors unfamiliar with the African markets and can be effectively mitigated by partnering with a local investment manager with a solid track record on the continent. A locally-experienced manager, with an established track record and an on-theground team can source the right deals, manage regulatory risks and assess the most effective exit strategy for the deal. Further, there is a growing political risk insurance industry led by institutions such as the World Bank’s Multi-Investment Guarantee Agency (MIGA) ready to cover political and regulatory risk and provide other credit enhancement mechanisms. In our view, risk mitigation can most certainly be appropriately sound and robust. Through a disciplined approach to structuring, risks can be allocated to those parties best equipped to take on the risk, with an equity investor’s exposure to construction, operations and maintenance, currency and government intervention mitigated through appropriate contractual protections.

This well-balanced risk profile is key for established institutional investors, such as pension funds. Much of the investment on the continent has in the past been led by the DFIs such as the IFC, CDC, FMO, DEG and the AfDB. However, the size of pension schemes’ assets under management (AUM) across Africa is rising as a result of changing demographic and employment dynamics. Research by PwC estimates that pension AUM in 12 leading African markets will rise to $1.1trn by 2020, up from $293bn in 2008. This means that African pension funds will increasingly be looking for diversified investment opportunities, where unlisted investments can help them diversify away from traditional government bonds and listed equities, in favour of allocations to asset classes such as infrastructure to match their required return profile.

The private sector’s role in Africa’s infrastructure is critical not just as financiers, but also as conduits for innovation and technology, skills development, and capacity building to ensure that Africa’s new infrastructure performs at optimal levels and to global standards. Progress made to-date is encouraging, but there still remains an educational job to be done for trustees and investment funds so that international investors looking to new markets such as Africa understand how opportunities across the continent can fit into their investment strategies.