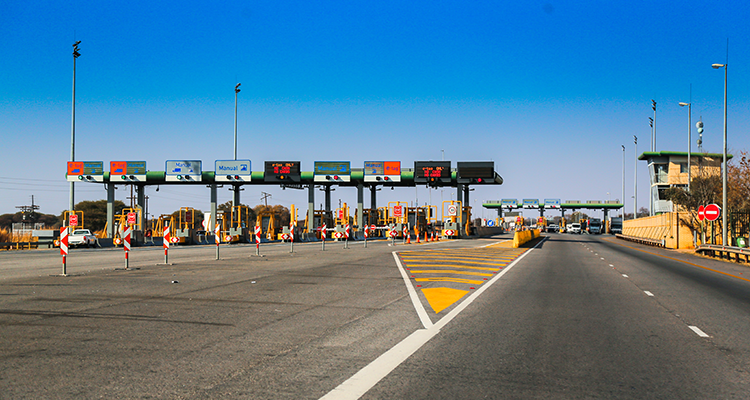 Bakwena is a toll road concessionaire which constructs, manages, maintains, and upgrades the N1 and N4 roads on behalf of South African National Road Agency Limited (SANRAL). Bakwena entered a 30-year concession with SANRAL in October 2000, creating the third privately-owned toll road concession in South Africa. It undertook to upgrade and maintain the existing roads on a 385km route, and to construct two new sections of the N4 corridor.

The corridor was conceived to stimulate agriculture, manufacturing, mining, and tourism opportunities along the route. Bakwena has two decades of operational and industry experience with a combination of urban and rural tolling characteristics. Bakwena services a high level of base commuter traffic around the greater Pretoria area, whilst also being exposed to rural and corridor growth. Toll collection is based on a user-pay principle, with Bakwena being the first toll road to implement an electronic tolling system in South Africa — this system being fully interoperable with SANRAL’s Gauteng Freeway Improvement Project.

Bakwena is responsible for all operations along the route, including 24/7 route patrols to assist motorists, routine road maintenance, the collection of tolls, maintenance of roadside infrastructure and signage, vegetation management including grass cutting, and the upkeep of the storm water drainage systems.

17 toll plazas are maintained by Bakwena, including some of the busiest commuter plazas in the country, namely the Pumulani and Doornpoort Mainline Plazas with average traffic volumes at over 180,000 vehicles per day.

“Our private equity partner plays a strategic role through its expertise and experience in the corporate and organisational structure of the concession. Our partner informs the project in the areas of traffic engineering and toll road operations, and plays an oversight function in the areas of project finance, hedging, procurement, risk management, corporate governance and social responsibility. It has supported the project in leveraging funding through debt markets and strategic profiling of project cash flows.

In 2009, AIIM was instrumental in the successful refinancing of the Bakwena debt to the value of R3.7 billion, representing the largest refinancing of an infrastructure project in South Africa. Using extensive international toll road experience, AIIM identified that it was an opportune time to negotiate more attractive debt terms – Bakwena had completed construction and reached a steady-state traffic profile associated with mature toll road operations. Through the refinancing, Bakwena raised the largest inflation-linked tranche of debt in South Africa at the time which matched the inflation linked toll structures for the concession.

The refinancing resulted in significant commercial benefits for all stakeholders by aligning debt servicing with available cash flow over the remainder of the project life. The result was a more robust capital structure with a lower financial risk for shareholders.

AIIM’s strategic input prompted the rollout of electronic toll collection, ensuring quicker processing of toll transactions and management of road capacity and capital expenditure. AIIM also helped Bakwena with its risk management approach. One example relates to the damage caused to the road surface by overloaded vehicles, one of the most significant challenges in keeping roads safe. Bakwena established traffic control centres, on behalf of SANRAL, to ensure that vehicles using the roads are roadworthy and are not overloaded. The first control centre, considered a model for future centres, controls and reduces overloading on the N1 and R101 to reduce wear and tear on the road and to minimise the potential for accidents attributable to overloading. Bakwena’s success meant it was contracted to carry out the same function on the N4.

Consolidation of all Bakwena investments and implementation of financial re-engineering

AIIM consolidated its direct and indirect holdings in Bakwena into SATRC, which also offered it the opportunity to re-gear at SATRC holding-company level. This financial engineering opportunity resulted in the issuance of a R400m 12-year preference share and an accelerated distribution to SATRC shareholders providing a return enhancement to the investment.

Bakwena is a critical economic artery for the export of minerals from the key platinum belt region, carrying approximately 7 million heavy vehicles in 2019.

Bakwena’s corporate social investment initiatives continue to focus on bursaries and training, environmental initiatives, road safety, health and wellbeing, and community support and development. Bakwena created over 3,300 jobs through the initial construction phase of the project. The toll concession also contributes significantly to job creation, approximately 1,500 jobs were created through the toll operator and through routine road maintenance contractors. As of the end of 2020, Bakwena employed 108 people, 55% of which are female and 82% are historically disadvantaged South Africans. AIIM has also been influential in the appointment of independent board representatives across all of the South African toll roads, enabling a cross-pollination of relevant skills and experience.

Health and safety is being managed and monitored through regular independent health and safety audits. Preventive measures include barriers to curb U-turns and upgrading from single to dual carriageways. Pedestrian hotspots have also been identified along the route and physical measures have been put in place to reduce incidences of pedestrians on the route. Bakwena also cooperates with local and provincial authorities to increase patrols and control of speed by illusion lines, and various media campaigns have been extended to include COVID-19 awareness initiatives in communities along the route.