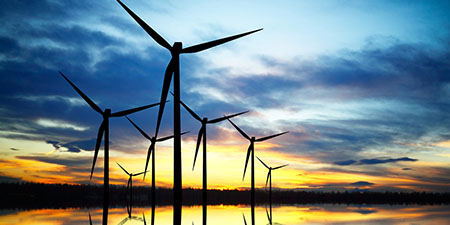 Ntoi told Clean Energy Pipeline that tender schemes are the most efficient way to expedite the deployment of renewable capacity across the continent.

He said more jurisdictions should follow in the footsteps of South Africa, Zambia, Senegal and Uganda, which have all launched procurement programmes to varying degrees of success.

This has in turn resulted in efficiencies throughout the supply chain, enhanced expertise of renewables financing and diminishing tariffs that could all be replicated elsewhere.

AIIM has benefited hugely from South Africa’s REIPPPP as the largest equity investor in the country’s renewables sector, generating 25% of the total clean energy capacity on the grid in 2017.

AIIM reached financial close in July on another 250 MW portfolio of solar arrays that the company holds through its IDEAS Managed Fund.

‘Limitation on the level of procurement’
AIIM has also participated in a number of renewable projects as an investor across Nigeria, Benin, Burkina Faso and Kenya, but significantly less so compared to nations with competive auction schemes.

According to Ntoi, more effective government support is required to tap into the vast opportunity to scale up the production of clean energy in Africa, and particularly Sub-Saharan Africa.

Many Sub-Saharan nations still rely on diesel-fired power, which is more expensive than solar power.

Zambia is one nation that has attracted international developers and investment to the region by implementing the International Finance Corporation (IFC)-backed GET FiT Zambia programme.

The World Bank Group programme has hugely boosted the country’s solar sector with the likes of EDF, Enel, Engie, Scatec Solar, Building Energy and more all named on the latest shortlist in September to build another 100 MW capacity.

The Investment Director said: "Countries such as Madagascar and Ethiopia are close to launching their own IFC-backed procurement processes." There are some countries that have procured renewable energy on a more bespoke basis and
projects have recently closed in Mali, Malawi, Mozambique and Chad.

“However, the absence of a wider scale procurement process is a limitation on the level of procurement.”

AIIM’s mission
Over $4.1 billion of clean energy project financing was recorded in Africa in Q3 2018, according to Clean Energy Pipeline’s figures, and this was a substantial uptake from the same period in 2017.

However, burgeoning investment is not enough to help supply the continent’s energy demands, which Ntoi was assured should be met from renewable energy.

He pointed to the significant electricity shortfall on the continent, the pace at which renewables can be deployed and the ‘fact’ that renewable tariffs have reached parity with other traditional forms of power as drivers for new development.

“There are a number of countries in Africa where electricity demand exceeds supply and the expedited deployment of renewables in those markets can go a long way towards bridging the gap,” the Investment Director added.

US consulting company McKinsey forecasts that Sub-Saharan Africa will consume four times as much energy in 2040 than the region used in 2010.

Ntoi concluded that ‘improving Africa’s power infrastructure and sustainably scaling up renewable energy procurement processes is central to AIIM’s mission on the continent to enable Africa to meet its power needs’.